The Muskellunge, more commonly known as the "Muskie", is a species of large, relatively uncommon freshwater fish that are native to North America. The close cousin of the Northern Pike, these fish species are similar in many ways. Both species are extremely aggressive and physically designed to ambush its prey and take them with haste. Muskie can be a light silver, brown, or green, with dark vertical stripes on the flank, which may tend to break up into spots. The major difference between the two species is size - Muskies will grow to be much larger than its cousin. Common Northern Pike will fall in the 18" to 40" range while the typical Muskie caught will be in the 40" to 50" range. The record Muskie caught in Canada is listed at 58" in length and weighing 65 pounds; it was caught in Georgian Bay's Blackstone Harbour . 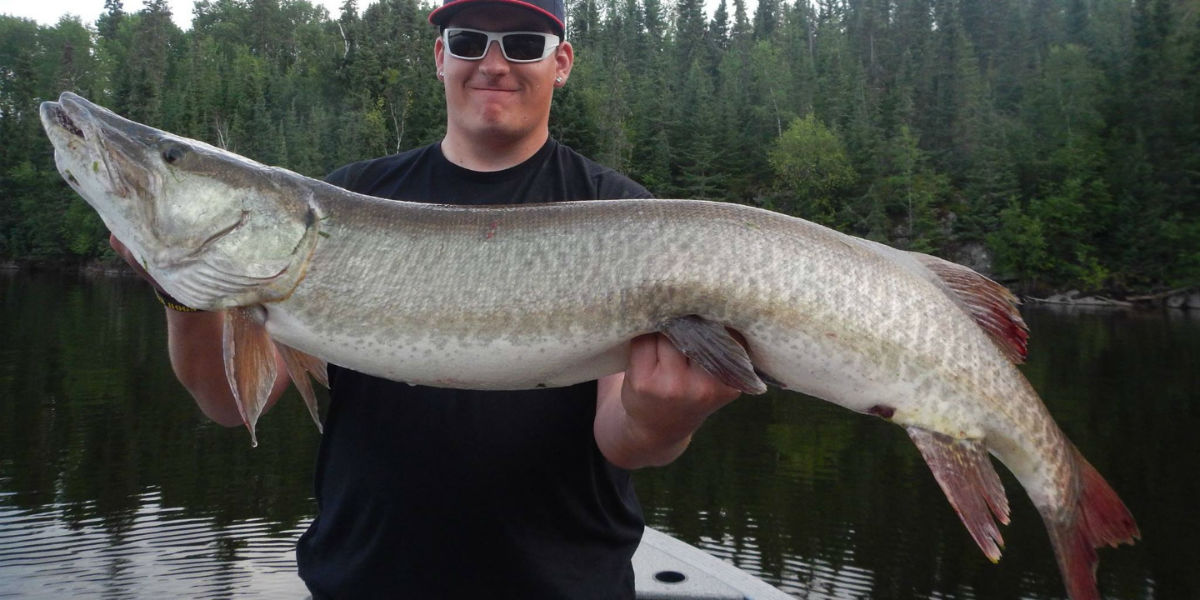 Where to Fish for Muskie

Muskellunge are found in lakes and large rivers from Northern Michigan and Wisconsin, through Northern Minnesota and the Great Lakes region as well as North into Canada. While you can find Muskie in almost every Canadian province, Ontario and Quebec are two of the best provinces if you are targeting Muskie.

Muskie prefer clear waters where they lurk along weed edges, rock outcrops, or other structures to rest. A Muskie has two distinct home ranges in summer: a shallow range and a deeper one. The shallow range is generally much smaller than the deeper range due to shallow water heating up. Muskie will continually patrol the ranges in search of available food in the appropriate conditions and water temperature. Unlike the Northern Pike, Muskie will sometimes form small schools.

Most of the Muskie diet consists of fish but also includes crayfish, frogs, ducklings, snakes, muskrats, mice, other small mammals, and small birds. Their mouth is large with many long, needle-like teeth. Muskies will attempt to take their prey head-first, sometimes in a single gulp, and will take prey that is up to 30% of their own length. In the spring, they prefer smaller bait since their metabolism is slower, while large bait is preferred in fall as preparation for winter.

Anglers seek large Muskies as trophies or for sport. These fish are fast, but do not maneuver well. The fastest runs are usually fairly short, but can be quite impressive and intense. They are known for their strength and for their ability to surface from the water in amazing acrobatic displays. The Muskie also does headshaking in an attempt to rid itself of a hook. All these factors result in a challenging fish to catch and the Muskie has been called "the fish of ten thousand casts".

Anglers tend to use smaller lures in spring or during cold-front conditions and larger lures in fall or the heat of summer due to the Muskie's slower metabolism in the spring and its tendency to feast on smaller prey during that time. The average lure is 7.9-12" long (20-30 cm), but longer lures of 14-26" (36-66 cm) (14-26 in) are not uncommon. Many times, live bait can be used in the form of "Muskie Minnows" or 8-12" (20-30 cm) long fish strung on treble hooks. Frogs can also be used as live bait, as they are part of the Muskie diet.

Due to the size of a typical Muskie, it is important to have the right equipment when targeting them. A heavy duty pole with heavier fishing line is recommended (target 20-25 pound line) and be sure to use a leader wire in the 75-100 pound range. Nobody wants to lose a trophy Muskie (or any fish) because they aren't prepared.

Anglers in many areas are strongly encouraged to practice catch and release when fishing for muskellunge due to their low population. Be sure to check to local/provincial websites for the specific conservation guidelines and regulations